Temps are reaching the 50s, the sun is out, and the snow is slowly melting. School will hopefully be back in session tomorrow. So, to say farewell, I will post a few photos of Saturday’s snowboarding adventures. 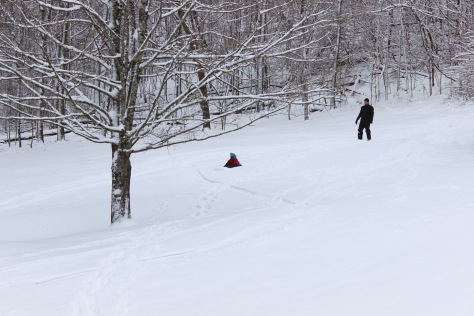 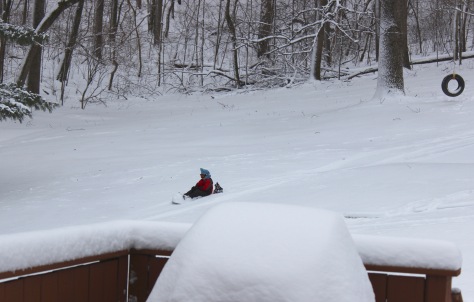 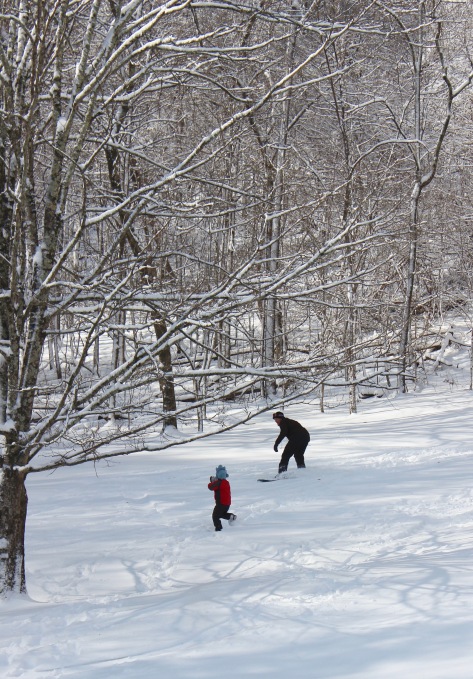 Corin lies in wait with a snowball.

Not bad for the backyard

I am super behind on posting Christmas and New Year’s pictures, but I just can’t let today pass without dumping my photos of Nashville’s epic snow day. As of 3:30 this afternoon, we had 6-7 inches of beautiful, powdery stuff in our yard, and it’s still falling at 10 p.m. Corin and I spent most of the day outdoors, except for a couple-hour break midday to cuddle up with a movie. Lina played some, too, and liked aspects of the experience. She did not enjoy any part of getting snow in her face: not an inopportune face plant, brother’s snow balls, or the wind that picked up this evening. Jon had to work most of the day but got in a few runs down our backyard hill on his snowboard before supper. We ended with homemade tomato soup and cornbread.

It was a magical, magical day.

First thing in the morning 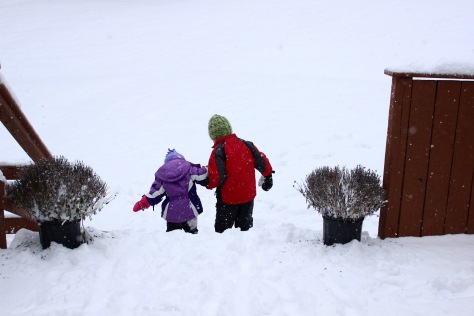 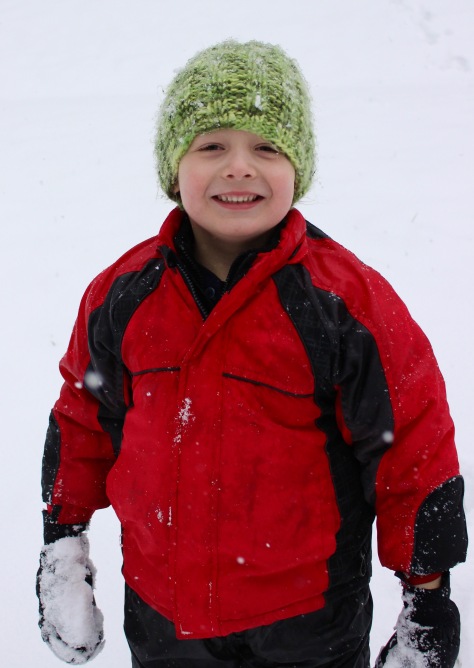 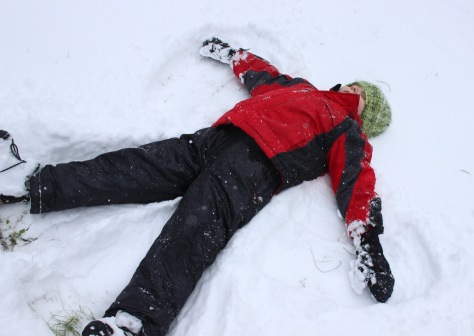 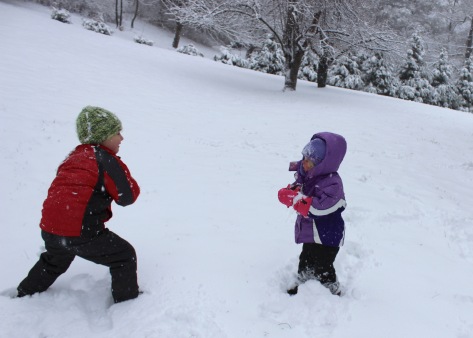 For the record, this kid went sledding with the neighbors while mommy built the snowman.

I named him Casper. 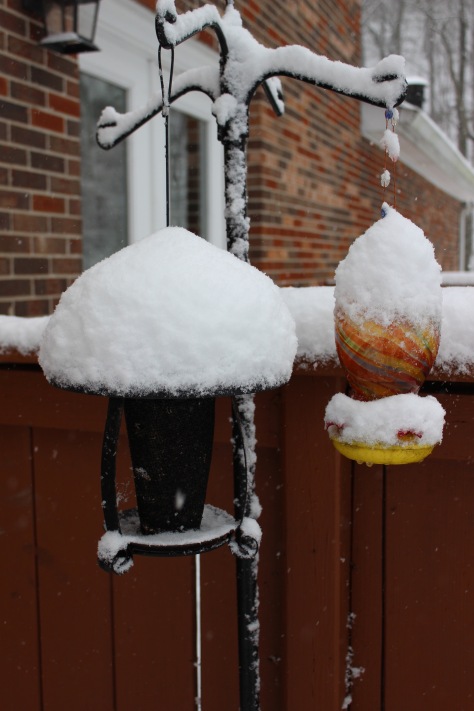 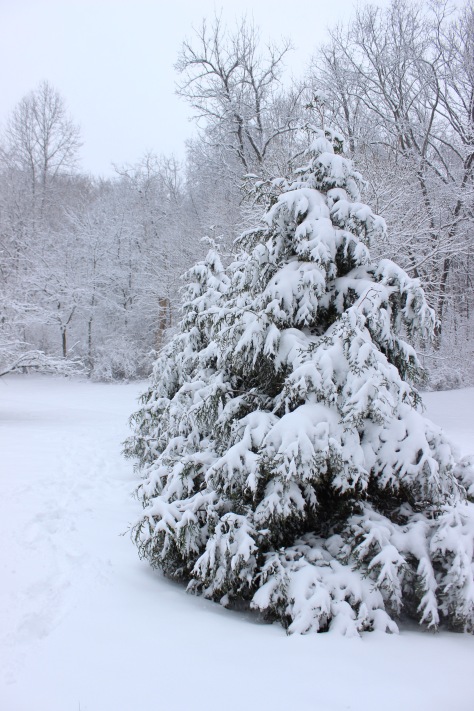 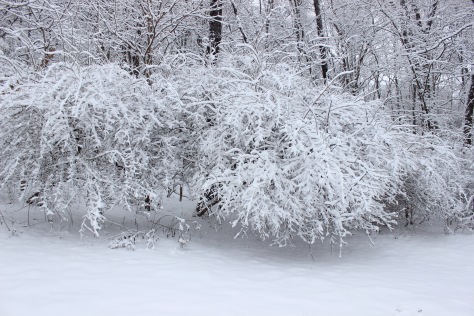 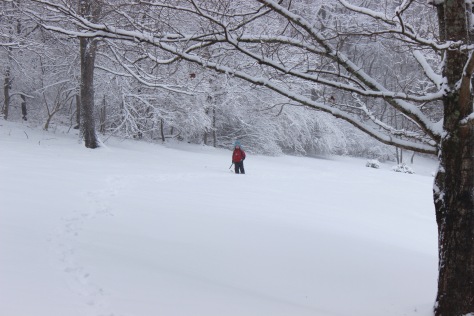 Wearing the backpack she felt was necessary for the outing

Heading down the street 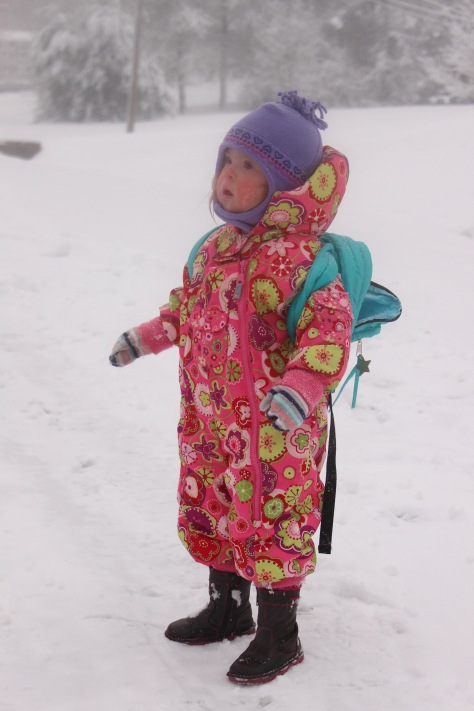