Easily one of my favorite days of the year: 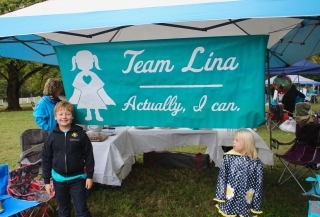 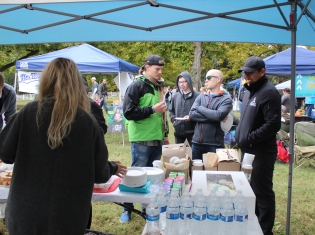 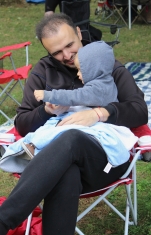 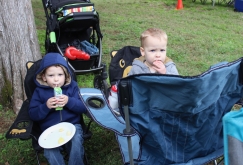 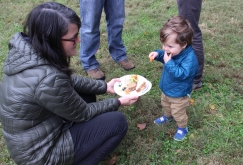 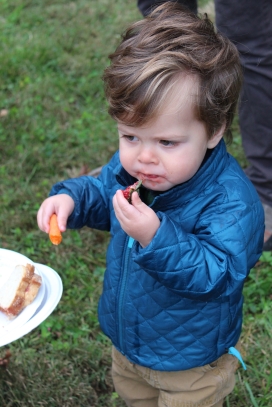 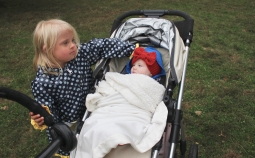 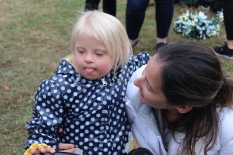 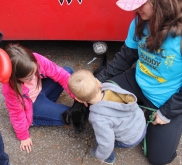 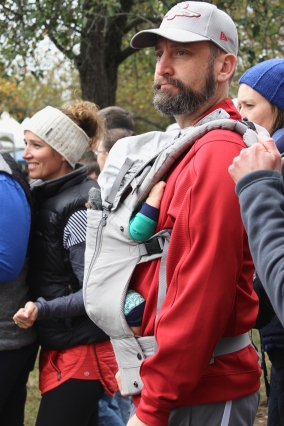 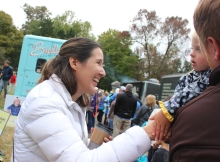 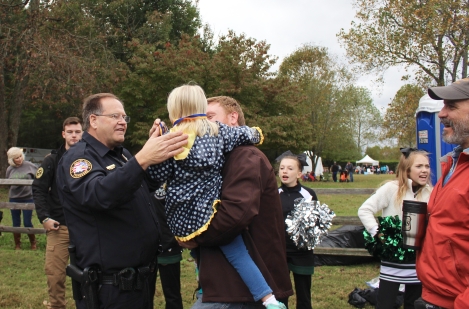 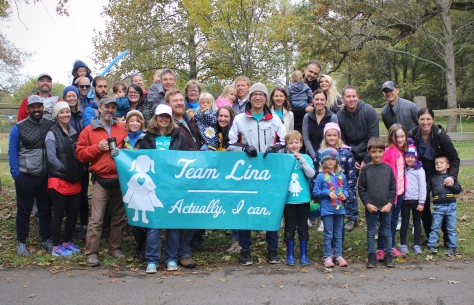 The Buddy Walk is this Saturday (yay!!), so we’re busy preparing for an awesome day with our Team Lina people. I also have beach vacation pictures to process and share from last week. But all of that can wait for a minute, because I want to talk about a word that’s on my mind this week: PROGRESS. 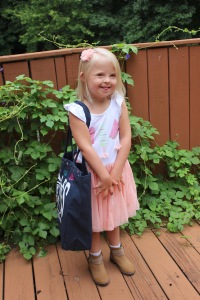 Lina’s kindergarten start had some bumps. Not surprisingly for her, they were mostly her pet behavior challenges of social aggression and noncompliance. These are the behaviors Lina falls back on when she feel overwhelmed or out of control. It seems to be her way of exerting control over her environment. As her classroom teacher pointed out recently, they are also pretty directly linked to her level of tiredness. These long days are a lot for any kindergartner, and she understandably runs out of juice for focused, structured activities as her energy drains. It’s easy to forget that even routine activities require extra effort for our girl.

Anyway, to make a long story short, I requested a formal process called a functional behavioral assessment (FBA). This is a process outlined in the 1997 reauthorization of the IDEA (Individuals with Disabilities Education Act), the federal law governing special education. This document provides great information for parents about FBAs.

Confession: I have spent more than a little time worrying about Lina’s behavior at school and how it will impact her ability to be successful there. How can she form real friendships if the kids are afraid of being pinched or kicked or having their hair pulled any time she comes near? How can she keep up academically if she won’t participate in school exercises and activities? Will her teachers be able to see past her behavior to understand how bright and capable she is? I realized over these past weeks that even while I believed and preached about our kids’ abilities to learn and succeed in inclusive classrooms, I had to wrestle the voice of doubt that threatened to shake my confidence in my own kid.

Fast forward to this Tuesday, when I met with Lina’s IEP team and the school’s behavior 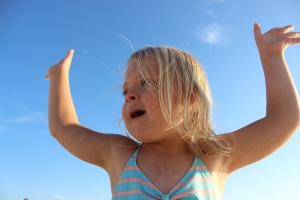 consultant to kick off the FBA process. As we talked about where Lina is and the behavior we’re needing to address with the FBA, I began to realize that the team was painting a picture of major progress over the past days and weeks. The social aggression has almost disappeared. Compliance is still a challenge, but Lina suddenly fully participated without hesitation in PE class this week, which has previously been a no-go.  She has begun engaging during the daily social skills group. Her gen ed classroom teacher said she’s formed friendships with her classmates and plays happily with them on the playground. A picture began to emerge of a kid who has found her footing.

As I reflected on her progress, I knew the lesson was one I may be relearning throughout Lina’s life: Have patience and confidence. She can and will succeed.

The challenges haven’t all evaporated. I am hopeful the FBA process will help identify the key drivers for times Lina resists participation and help redirect that resistance so she can get the most from school. Once the FBA is completed, every person who works with Lina – teachers, aides, therapists – will receive student-specific training on the behavior intervention plan. The focus is on prevention and positive reinforcement, helping Lina find better ways to maintain a sense of control and communicate her needs and desires.

But whatever challenges remain, watching Lina fall in love with her new school and new friends and find her footing in the wider world – that’s the point. This is her growing and learning. It takes more time, effort and resources. It may not look like a typical kid’s process. But she will get there, in her own time and in her own way.

I was at GiGi’s Playhouse yesterday morning for the Busy Bodies group I co-lead. It’s a group for the very littlest ones with Down syndrome and their families. A mama with a

darling baby girl was talking to us about her little one’s milestones, and I found myself sharing with her something someone told me when Lina was still very little: In the big picture, the fact that it took our kiddos longer to learn and meet their milestones won’t matter. Lina is six, and it’s irrelevant now that she didn’t walk until she was more than two-and-a-half. As an adult, it won’t matter a bit that she didn’t talk until she was at least three and took longer to potty train or do any of the other tasks she will be learning in the years ahead.

As parents of any child, we’re too often comparing our kids. How does my child stack up on smarts, athleticism, fine motor skills, reading ability, social skills? But that’s rarely constructive, and it’s especially hard on parents of kids with a learning difference or disability. That stuff isn’t going to matter all that much in the end.  It’s a lot harder to measure and compare the skills that actually build long-term success. The key is that our kids are growing and learning and making steady PROGRESS. They are becoming, in their own ways and at their own pace. Remembering that requires patience, grace and faith, for ourselves and for our kids.

Today, as we’re nearing Thanksgiving season, I am thankful for progress – my kids’, and mine.

One of the favorite parts of kindergarten (at least for me!) is the fall field trip to Gentry’s Farm. This place is pretty amazing, and they are pros at moving school groups through. They’re able to accommodate huge crowds, so it’s a favorite trip for parents to join. Lina had a blast, and it was so much fun to see her interacting with friends in her class, who were especially pleased to show me they had taught her to dab. (Why didn’t I get a picture of that?!) 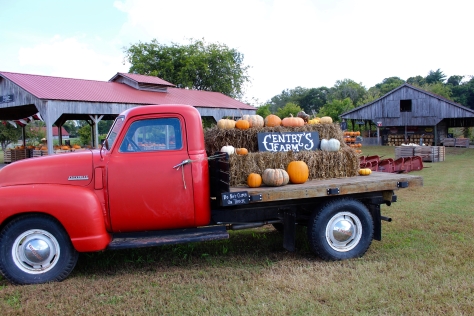 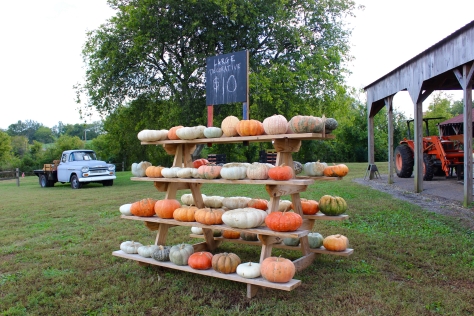 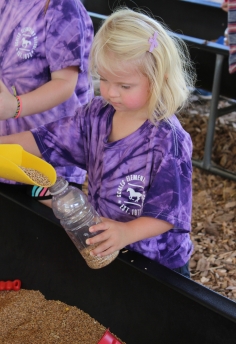 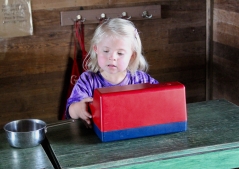