Corin turned seven on Saturday. I wrote my mushy post on Facebook, so I’ll skip the sentiment and get right to the good stuff: his Narnia party. We’d been reading Prince Caspian when he chose the theme, so he requested a Caspian costume that also worked for “favorite book character day” at school and will likely make a reappearance at Halloween. He put it on as soon as party day arrived and didn’t take it off until bedtime.

You may remember that Corin’s room is Narnia themed, so we were able to repurpose plenty, and some of the party decorations will live on upstairs. Inexplicably, I wasn’t all that on it with photos this year, so I missed documenting some things, including the little snow covered trees inside our wardrobe entrance, transported all the way from Georgia by my long suffering in-laws. But, here’s the best glimpse I have of our Narnia adventure.

Corin’s favorite feature (that’s him lying on the pillow)  – the tent, a.k.a. the pavilion at Aslan’s How

We tried story time in the tent, but a few paragraphs of A Horse and His Boy was all we could manage before attention waned. Let’s face it, everyone just wanted to get to the gifts. 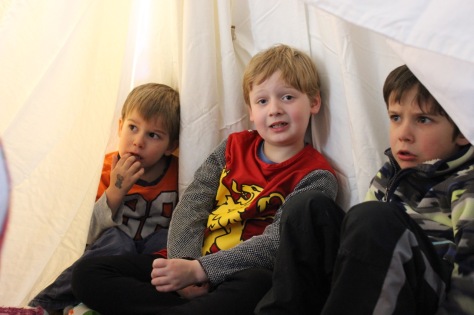 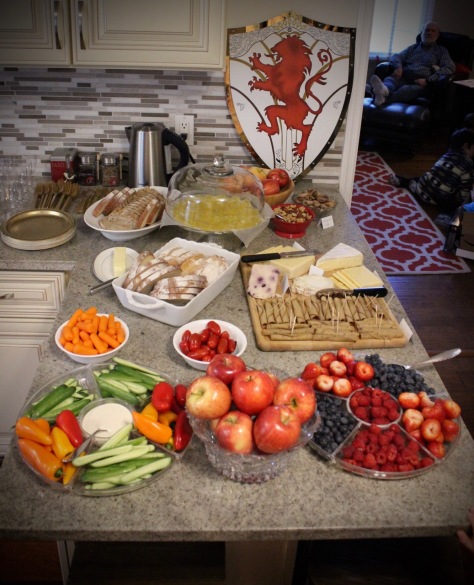 Corin was pretty stoked about the “royal cups.” It was high times drinking from stemware, even the kind that has to be assembled. 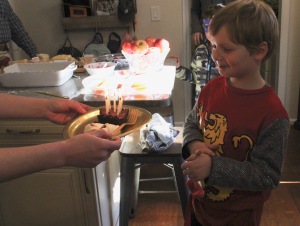 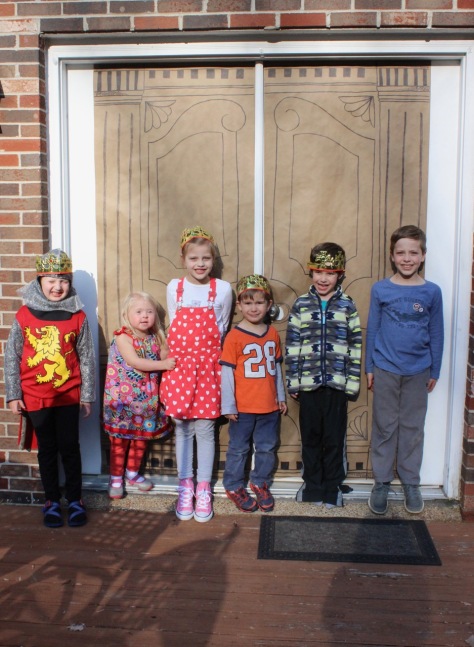