(We’re overdue by five days, and the pictures were taken in Mimi’s kitchen instead of the usual location. But 10 months she is, so here goes…)

I can’t believe my baby will be one in less than two months! There are real challenges day-to-day, as we deal with Lina’s quirks and needs. But there are also times when I’m glad that I get to enjoy my littlest being little for a while longer. 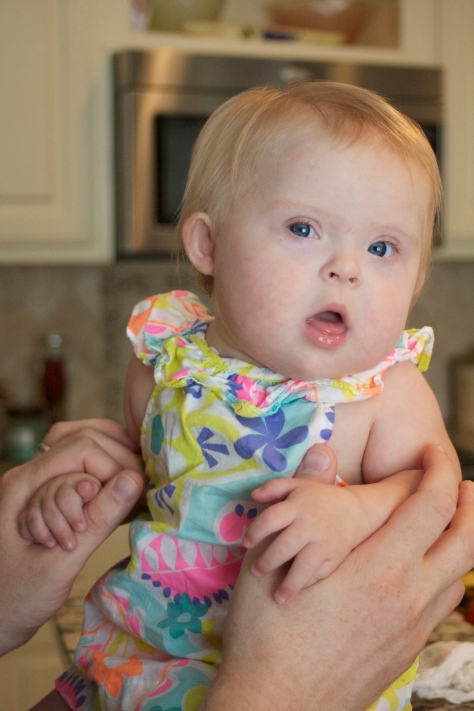 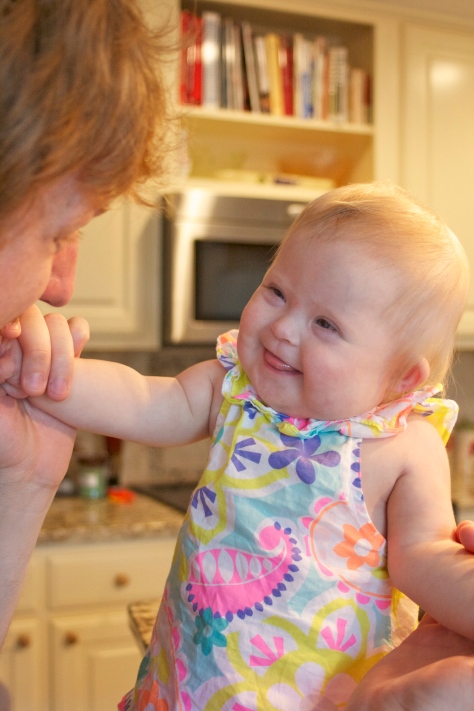